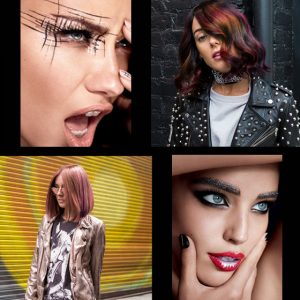 Eligibility
The contest is open to residents of Canada who have reached the age of majority in their province of residence. Employees, representatives and agents of the contest sponsors, their respective advertising and promotional agencies, affiliated and related companies, and members of the immediate family (parents, children, siblings and spouse, regardless of where they live) and household of such employees are not eligible.

How to Enter
You may enter the contest by one of the following options:
Visit the contest website http://pages.mail.redken.ca/redkenxmaybelline/en/ An electronic form will appear on the screen. Fill out the entry form, while making sure that all the mandatory fields are filled out. Once filled, click the «Submit» button, no later than March 31, 2017 at 0:00 a.m. (ET).

LIMIT OF ONE (1) ENTRY PER PERSON OR BY CIVIC ADDRESS OR BY E-MAIL. SPONSOR WILL VOID ALL DUPLICATE ENTRIES. IF DECLARED A WINNER, ENTRANT MAY NOT RE-ENTER THE CONTEST OTHERWISE THIS WILL RESULT IN IMMEDIATE DISQUALIFICATION.

Prizes
GRAND PRIZE
There is 1 Grand Prize to win which consist of basket of Redken Canada & Maybelline New York Canada products of an approximate retail value of $250 and a $1000 gift card to the winner’s choice of a fashion retailer drawn randomly on April 1st, 2017.

Prize Claim
In order to be declared a winner and be able to claim prize, each person which will have its name drawn randomly will have to:
a) Be reached by telephone or e-mail by the contest sponsors within five (5) days following draw;
b) Correctly answer, without assistance of any kind, whether mechanical or otherwise, a time-limited mathematical skill-testing question to be administered by phone, e-mail or on the ballot.
In the event that any one of the conditions mentioned herein is not respected, the selected participant’s entry will be void and a new draw will be conducted following the official contest rules until a new winner is selected.
Winner will be asked to fill out and sign a Declaration & Release Form and return it to contest sponsors, to the specified address, within ten (10) days following receipt of the document.
Upon reception of the Declaration & Release Form duly filled and signed by chosen participant, sponsors will either directly send the prize to the address provided on form or, sponsors will mail instructions to chosen participant with instructions on how to claim prize.
In the case of a direct delivery to winner’s address, a 4 to 6 weeks delay following reception of the Declaration & Release Form applies.

General Terms and Conditions
All information provided by participant must be complete and accurate. Sponsors will not be held responsible for any and all telephone problems, unclear voice mail messages, a late / incomplete / erroneously sent prize claim. For any and all incomplete, distorted, late and reproduced entry ballot, which will be annulled and will void eligibility for prize claim.
Contest Sponsor reserves the right at its sole discretion to disqualify any individual from the Contest and to ban the individual from any future contest of the Sponsor that it finds or believes to be tampering with the entry process or the operation of the Contest or Contest Website; to be acting in violation of the Official Rules or in an unsportsmanlike or disruptive manner, or with intent to annoy, abuse, threaten or harass any other person.
If it is discovered that attempts were made by a registered entrant (or any individual purporting to be a registered entrant) to: (i) enter/vote more than once per registered entrant per day during the contest period. (ii) use any automated, script, macro or robotic program(s) to enter/vote (iii) engage in systematic entering/voting in the same day from the same computer/IP address (including but not limited to the creation of false email addresses or social media accounts); then it may result in the disqualification, in the sole and absolute discretion of the Contest Sponsor, even if the entrant was declared a winner.

WARNING
ANY ATTEMPT BY AN ENTRANT OR ANY OTHER PERSON TO DELIBERATELY DAMAGE ANY WEBSITE OR UNDERMINE THE LEGITIMATE OPERATION OF THE CONTEST IS A VIOLATION OF CRIMINAL AND CIVIL LAWS AND SHOULD SUCH AN ATTEMPT BE MADE, SPONSOR RESERVES THE RIGHT TO SEEK DAMAGES FROM ANY SUCH PERSON TO THE FULLEST EXTENT PERMITTED BY LAW.
Prize must be accepted as awarded. NO SUBSTITUTION OF PRIZES IS PERMITTED EXCEPT BY SPONSOR IN ITS SOLE DISCRETION. SPONSOR RESERVES THE RIGHT TO SUBSTITUTE ANY PRIZE WITH ANOTHER PRIZE OF EQUAL OR GREATER VALUE, IF A PRIZE CANNOT BE AWARDED AS DESCRIBED FOR ANY REASON. PRIZES ARE NON-TRANSFERABLE AND ARE NOT REDEEMABLE FOR CASH OR CREDIT, IN WHOLE OR IN PART.
Entrants agree to abide by the terms of these Official Rules and by all decisions of the Sponsor, which are final in all matters pertaining to the Contest. Contest is subject to all applicable laws. By entering/voting, participants release and hold harmless Sponsors, its affiliated and related companies and advertising, promotion agencies and all of their respective directors, officers, shareholders, employees, agents, successors and assigns from any and all liability for any injuries, loss or damage of any kind arising from or in connection with the Contest or any prize won. Winners will be required to sign and return, within the time period indicated on the documents, a Declaration of Compliance with Contest Rules and a full Liability and Publicity Release and/or any other document.
By entering, you consent to Sponsor’s use, should you become a winner, of your name, place of residence and photograph or other likeness, and your testimony without further compensation or notice, for publicity, advertising or informational purposes in any media or format (including the Internet) in connection with the products, this Contest, or future similar contests. By entering, you declare that you have complied with the Contest Rules.
All entries become the property of Sponsor and will not be returned to entrants. If a selected entrant’s entry is an Internet entry, the selected entrant may be required to provide Sponsor with proof that the selected entrant is the authorized account holder of the e-mail address associated with the selected entry.
For the purpose of the present contest, the participant is considered to be the person whose coordinates appear on the contest entry form or ballot. It is this person whom will be asked to answer the mathematical skill-testing question. It is also the person to whom the prize will be awarded if all contest conditions are met. Sponsors reserve the right to request a piece of i.d. prior to prize remittance.

Limitations of Liability
Without limiting the release, and for greater certainty, the Contest Entities will not be liable for: a) any incorrect or inaccurate information, whether caused by Contest Website users or by any equipment or programming associated with or utilized in the Contest or by any technical or human error which may occur in the processing of entries in the Contest; b) any error, omission, interruption, deletion, defect or delay in operation of the contest website or any transmission in connection with the Contest; c) any communications line failure, theft, destruction or unauthorized access to, or alteration of, entries; d) any problems with, or technical malfunction of, any telephone network or lines, computer on-line systems, servers or providers, computer equipment, software, or failure of e-mail which may occur for any reason whatsoever, including technical problems or traffic congestion on the Internet or at any website or combination thereof; or e) any injury or damage to participants’ or to any other person’s computer related to or resulting from participating or downloading materials in this Contest. If the Contest is not capable of running as planned for any reason, including infection by computer virus, bugs, tampering, unauthorized intervention, fraud, technical failures, or any other causes beyond the reasonable control of the Contest Entities which corrupt or affect the administration, security or proper conduct of this Contest, Sponsor reserves the right at its sole discretion to, without advance notice, terminate or suspend the Contest, in whole or in part, or modify it in any way, subject to the approval of the Régie des alcools, des courses et des jeux in respect of residents of Quebec.
By participating or attempting to participate in the present contest, all individuals release the contest organizers, their advertising and promotional agencies, their employees, agents and representatives from any damage that could be incurred due to their participation or attempted participation in the contest.

Quebec Residents
Any litigation respecting the conduct or organization of a publicity contest may be submitted to the Régie des alcools, des courses et des jeux for a ruling. Any litigation respecting the awarding of a prize may be submitted to the Régie only for the purposes of helping the parties reach a settlement.
The masculine gender is used in no discriminatory fashion, simply to facilitate composition.

Privacy
The Contest Sponsor is collecting personal data about entrants for the sole purpose of administering this Contest. No further informational or marketing communications will be received by the entrant unless the entrant provides the Sponsor with explicit permission to do so as indicated on the entry form where it asks the user if they would like to receive additional communication from the Sponsor. Please see our Privacy Policy at http://pages.mail.redken.ca/redkenxmaybelline/en/.