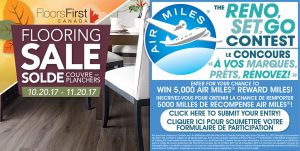 2. Eligibility This Contest is open to legal residents of Canada, who at the time of entry: (A) have reached the age of majority in the province or territory in which they reside, (B) have completed an online ballot found on www.floorsfirst.ca and (C) are not employees (and have not been for at least one year prior to the time of entry), representatives or agents of the Sponsor or their respective (1) affiliated and related companies, (2) advertising or promotion agencies, (3) dealers (4) immediate family members, or (5) persons domiciled with any of the above. In the Rules, “immediate family members” means the entrant’s mother, father, brothers, sisters, sons, daughters and legal or common-law spouse, as applicable. – Employees of LoyaltyOne, Co., RMG Loyalty, and the sponsor, members of immediate families of such employees and persons living in the same household as such employees are excluded from this contest – This contest is subject to applicable Federal, Provincial, and Municipal laws and regulations, and is void where prohibited by law.

3. How to Enter – Contest starts October 20th 2017 and ends on November 20th 2017 (“Contest Period”) – No purchase necessary. Visit & Enter on www.floorsfirst.ca by completing an online ballot. One entry per email address. – If the information you provide when entering is inaccurate, your entry will be void. Limit of one entry per email address. – Automated entries are prohibited, and any use of such automated devices or programs, script, macro or any other means which subvert the entry process will be void and will result in disqualification. Any attempt to deliberately damage any website or to undermine the legitimate operation of this promotion is a violation of criminal and civil laws, and should such an attempt be made, the Sponsor reserves the right to seek remedies and damages to the fullest extent permitted by law, including criminal prosecution.

4. Prize Description – 5,000 AIR MILES® Reward Miles – The approximate retail value of AIR MILES Reward Miles depends on the chosen method of use, available reward options at the time of use, and the set preference between AIR MILES Cash and AIR MILES Dream Account balances. If used with AIR MILES Cash, 95 Miles can be used in-store for $10 towards purchases at participating AIR MILES Partners or 95 Miles can be used online for eVouchers for $10 worth of value at participating Partners. If used for flights (1,200 Reward Mile minimum required for flight use), value depends on destination chosen, date of travel and use of multiple carriers or suppliers. For example, one return economy flight from Toronto, Ontario to Winnipeg, Manitoba is 2,000 Miles and has an approximate value of $525.00 (Canadian) excluding taxes. Winner must pay applicable taxes, related transportation fees, governmental levies, excess baggage and other non-ticket costs. The value of Miles used for non-flight reward options depends on reward options in effect at the time of use. Miles are subject to the terms and conditions of the AIR MILES Reward Program as amended from time to time. The Miles Prize is not transferable or convertible to cash and must be accepted as awarded. Contest Sponsor reserves the right to substitute the Prize with a prize of equal or greater value, including cash. – The prize will be issued electronically directly into the Contest Winner’s AIR MILES® Collector Account – The prize will be issued within 30 days of the draw. To ensure that the winner receives their Prize in their preferred balance, the winner should ensure his/her balance preferences (Cash Miles balance and Dream Miles balance) are set as desired prior to the Prize being posted in his/her Collector Account.

5. Prize Drawing – The prize will be draw randomly selected from all eligible entries – The draw will take place on November 21st 2017 in our office in Brampton Ontario Canada – The prize winner will be contacted via telephone or email, 3 times, within a week (5 days). If the selected entrant cannot be contacted in that time, another entrant will be randomly selected and the initial selected entrant will be disqualified and will have no recourse towards Shnier Gesco LP, or anyone involved in the Contest. No substitution for, or transfer of the Prize, will be allowed.

6. PRIZE WINNER DECLARATION: To be declared a winner, the selected entrant must: a. Have answered correctly, without assistance of any kind, whether mechanical or otherwise, a mathematical skill testing question (see Rule 3 above). b. Signed and returned, within five (5) business days, a declaration of release form (the “Release form”) which, among other things: (i) confirms compliance with these Rules including eligibility requirements; (ii) acknowledges and accepts the Prize as awarded; (iii) releases the Sponsor, LoyaltyOne, Co., their affiliated and related companies, and their respective shareholders, directors, officers, employees, agents, representatives, successors and assigns, and, if applicable, their respective advertising or promotion agencies (collectively the “Releasees”) from any and all liability in connection with this Contest; and (iv) agrees to the publication, reproduction and/or other use of the winner’s name, address, voice, statements about the Contest, photograph or other likeness without further notice or compensation, in any publicity or advertisement carried out by the Sponsor in any manner whatsoever, including print, broadcast and the internet. If the Release Form is not completed and returned to Sponsor within five (5) business days of it having been sent to the email address provided by the entrant in the Entry Form, the Prize will be forfeited. The Prize will be coordinated with the winner within four (4) to six (6) weeks of receipt and verification of his/her Release Form.

7. GENERAL: By entering the Contest, entrants agree to abide by the Rules and the decisions of the Sponsor in its sole discretion with respect to all aspects of the Contest, which are final. If selected for a Prize, the Prize must be accepted as awarded, without substitution. All entries become the permanent property of the Sponsor and none will be returned. Only potential winners and winners will be contacted. The Contest is subject to all applicable federal, provincial, territorial and municipal laws. By entering the Contest, each winner authorizes the Sponsor to use his/her name, city of residence, voice, statements, photographs and (or) other image for advertising purposes, without any remuneration whatsoever, unless prohibited by law.

8. RELEASE: You release the Releasees from any liability in connection with a Prize or this Contest and agree that the Releasees shall not be held responsible for any problems, errors or negligence that may arise or occur in connection with the Contest. The Releasees will not be responsible for late, lost, illegible, falsified, damaged, misdirected, mutilated, garbled or incomplete entries or Prize claims and all such entries/Prize claims are void. By entering this Contest, you agree that the Releasees shall have no liability and shall be held harmless for any damage, loss or liability to person or property, due in whole or part, directly or indirectly, by reason of the acceptance, use or misuse of the prize or participation in this Contest.

9. CONSENT TO USE PERSONAL INFORMATION When you voluntarily choose to enter the Contest, personal information, including, but not limited to your first name, last name, mailing address, city, province/territory, postal code, telephone number and email address (collectively, the “Information”) will be collected by the Sponsor. By entering this Contest and providing your Information, you consent and agree to the Sponsors’ and Releasees’ collection and use of the Registrant Information to administer this Contest.

11. FOR QUEBEC RESIDENTS ONLY: For Quebec residents only–any litigation respecting the conduct or organization of a publicity Contest in Québec may be submitted to the Régie for a ruling. Any litigation respecting the awarding of the Prize may be submitted to the Régie only for the purpose of helping the parties reach a settlement.

13. Condition of Participation Submission of an entry constitutes acceptance of these contest rules by entrant. LoyaltyOne, Co., RMG Loyalty, and Shnier Gesco LP do not accept responsibility for any loss, damage or claims caused by or resulting from this contest or the prizes. The prize winner(s) agrees by accepting the prize to release LoyaltyOne, Co., RMG Loyalty, and Shnier Gesco LP from any and all liability arising out of, pursuant to, or as a result of the carrying out of the contest, including liability arising from the acceptance of the prize(s) as awarded and confirming compliance with contest rules. By entering the contest, entrants consent to the use of their names, city of residence, photograph, voice and/or image for publicity purposes and in all mediums utilized by LoyaltyOne, Co., RMG Loyalty, and Shnier Gesco LP without payment or compensation.

14. Ownership of the Contest The contest is managed by Shnier Gesco LP. LoyaltyOne, Co. and RMG Loyalty, are in no way connected to the management or administration of this contest. 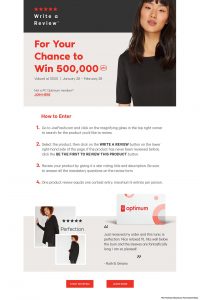 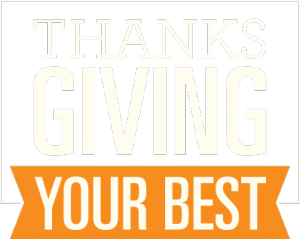