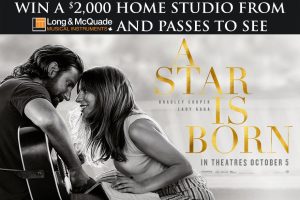 The Exclaim Media’s ‘A Star Is Born’ – Win a home studio from Long & McQuade and movie passes! (THE “Contest”) IS INTENDED TO BE CONDUCTED IN CANADA ONLY AND SHALL BE CONSTRUED AND EVALUATED ACCORDING TO APPLICABLE CANADIAN LAW. NO PURCHASE IS NECESSARY. VOID IN WHOLE OR PART WHERE PROHIBITED BY LAW. ENTRY IN THIS CONTEST CONSTITUTES ACCEPTANCE OF THESE CONTEST RULES (THE “Contest Rules”).

ELIGIBILITY. This Contest is open to all residents of Canada who are over the age of majority in their province or territory of residence.

Employees of Exclaim! Media (the “Sponsor”), Warner Bros. Entertainment Canada Inc., their respective affiliates, subsidiaries, related companies, advertising and promotional agencies (collectively the “Contest Entities”), and the household members of any of the above, are not eligible to participate in the Contest.

HOW TO ENTER.
There is no purchase necessary to enter the Contest. Enter using the method of entry outlined below. No entries will be accepted by any other means. To enter the Contest, fully complete and submit the entry form located at http://exclaim.ca/contest/article/a_star_is_born_-_win_a_home_studio_from_long_mcquade_and_movie_passes (the “Contest Website”). As part of the entry form, you must correctly answer the mathematical skill-testing question included on the entry form, without mechanical aid or assistance.
Limit of one (1) entry per person and per email address. Subsequent attempts made by the same individual to submit multiple entries by using multiple or false contact information or otherwise may be disqualified. Entries generated by a script, computer programs, macro, programmed, robotic or other automated means are void and may be disqualified.
Entries must be received no later than the end of the Contest Period. Entries will be declared invalid if they are late, illegible, incomplete, damaged, irregular, mutilated, forged, garbled or mechanically or electronically reproduced. No communication or correspondence will be exchanged with entrants except with those selected for a Prize.
Entries received online shall be deemed to be submitted by the authorized account holder of the e-mail address associated with the entry. For the purpose of the Contest Rules, “authorized account holder” of an e-mail address is defined as the natural person who is assigned to an e-mail address by an Internet access provider, on-line service provider, or other organization responsible for assigning e-mail addresses for the domain associated with the submitted e-mail address. Each selected entrant may be required to provide the Sponsor with proof that the selected entrant is the authorized account holder of the e-mail address associated with the winning entry.
PRIZE.
PRIZING There are 29 Prizes (each a “Secondary Prize”) and 1 Grand Prize (“Grand Prize”) available to be won by the Contest winners (“Winner”). The Secondary Prizes consist of a run-of-engagement pass (good for two) to see ‘A Star Is Born.’ The Grand Prize consists of $1,500 worth of studio gear chosen by Long & McQuade, a $500 Long & McQuade gift card and a run-of-engagement pass (good for two) to see ‘A Star Is Born.’ The gift card is subject to the standard terms, conditions and restrictions applicable to the card issuer in effect on the day of issuance of the pre-paid credit card.
Each Secondary Prize has an approximate value of $25 CAD and the Grand Prize has an approximate value of $2,025 CAD. Winner is not entitled to monetary difference between actual prize value and stated approximate prize value, if any. Winner and their guest will be responsible for transportation to and from the venue and any other expense not explicitly included in the Secondary Prize and Grand Prize.

Winners shall be selected as follows:

On or about October 05, 2018 at 12:00:00 PM EST in Toronto, Ontario, a random draw will be held by the Sponsor from all eligible entries received during the Contest Period. The first entrant drawn will be eligible to win the Grand Prize. Then twenty-nine (29) entrants will be randomly selected from entrants to win a Secondary Prize. Upon an entry being drawn, the Sponsor will verify that the skill-testing question on selected entrant’s entry form has been correctly answered. If it has not, such entry will be disqualified and an alternate potential winner will be randomly selected. 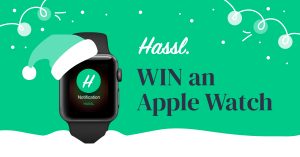